Software Testing in the Era of IoT What is on Offer? - CirrusLabs 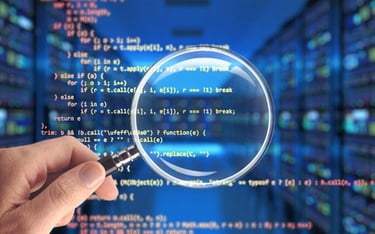 The bleak wide world has been reduced to a global village, thanks to the internet. Whether one believes it or not, but the internet has literally taken over their personal and professional lives by a storm, and will continue to do so until one learns to take control of it.

The era of the IoT

The Internet of Things, more conveniently referred to as the IoT, is one such invention that has managed to revolutionize the way we live, work and relax. Simply speaking, the IoT can be understood as a system of interconnected devices or machines that have the ability of transfering data over a network without any need for human-to-human or human-to-computer interaction.

To such extent have IoT services managed to take over homes, offices, and streets that the present times can be truly called the era of IoT. According to statistics, up to 2017, there were already 8.4 billion connected devices in the web of the IoT, a figure higher even than the world population. According to reports, the figure is to reach more than 20 billion by 2020.

More benefits also call for higher risks. That the world of the IoT is not completely secure is nothing new. There are multiple potential security vulnerabilities with IoT devices and connections that can be breached by criminals on the lookout, and this can lead to disastrous consequences for individuals and organizations. The need of the hour, therefore, is to identify the weak links by putting the security of IoT devices into perspective. The answer lies in IoT Software testing services

Besides offering you safety against the risks posed by online connections between devices, IoT software testing services also ensure optimum quality of the IoT connections and devices. Specifically, to conduct such testing in the era of the IoT.

As a number of devices are interconnected devices that have different functional specifications and software platforms, their testing for compatibility and collaboration is a must. The aim of the compatibility test is to execute all the multiple combinations that the gadgets in a system might have and analyze these connections.

Next come the performance tests which make sure that the chief idea behind the IoT system is implemented and executed efficiently. It takes into account the speed of working of the IoT connections in different environments and with large data loads.

There can be multiple other connections that the IoT needs to be functioning on, such as Bluetooth other than the internet. Therefore, connectivity testing is appropriate for testing wireless connections for understanding the suitable functioning of the IoT over multiple devices and software platforms. software testing involves real-world tests and one important aspect of it is the required environment between these connections.

With the kind of advancements, the world of IoT has shown in the recent past, automation testing isn’t very far away from entering the mainstream quite soon. In the current scenario, not all devices can be approached by automation testing of IoT. However, depending on the device and the connection, the idea can be shaped into reality and the vast network of IoT nodes can be studied and analyzed to deliver multiple conclusions about the connections and their security.

Some of the parameters that can be successfully derived are

you can speak with our experts today for one free consultation. Connect with us at https://www.cirruslabs.io/contact-us/